July 18: Christopher Benfey IF: The Untold Story of Kipling’s American Years. Benfy has written many wide-ranging books and essays (in the NYRB, NYT, and elsewhere) on themes and authors of the Gilded Age in America.

July 25: Gregory Pardlo Air Traffic: A Memoir of Ambition and Manhood in America. Pardlo’s second book of poetry, Digest, (from which he will also read,) won
the Pulitzer Prize for Poetry in 2015, and was named NYT best poetry
book of the year

Alice Mattison Conscience (novel). Mattison is the author of ten previous novels and
books of short stories, several of which were listed as NYT notable books of the year.

Peter Orner Maggie Brown & Others (fiction, stories). Orner is the author of two previous novels, two books of short stories, and a book of essays. His books have been finalists for the National Book Critics Circle Prize and for the Los Angeles Time Book Prize; winner of the Goldberg Prize for Jewish fiction; finalist for the PEN Hemingway Prize. 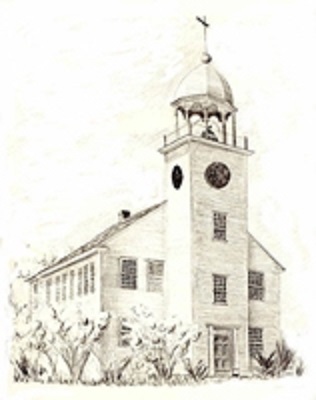 July 12:  Peter Manseau  — The Apparitionists: A Tale of Phantoms, Fraud, Photography and the Man Who Captured Lincoln’s Ghost. Chosen by Publisher’s Weekly as One of the Ten Best Books of 2017.

Ivy Pochoda  — Wonder Valley (fiction); Chosen as one of the best books of 2017 by NPR and LA Times, and book of the month by Oprah Winfrey and EW.

Lauren Groff  — Florida  (short stories); her previous novel, Fates and Furies, was a finalist for the National Book Award in fiction, the National Book Circle Award, and the Kirkus Award. Was Amazon.com #1 book of 2015.

July 26:  Howard Mansfield — Summer Over Autumn: A Small Book of Small-Town Life. Mansfield is the author of eight previous popular books about local history, architecture, and preservation, including In the Memory House and The Same Ax Twice.

August 2:  Lloyd Schwartz  — Little Kisses (poems); Author of three previous books of poetry, Schwartz is the classical music commentator for NPR’s Fresh Air and the winner of the Pulitzer Prize for Criticism.

Joan Silber — Improvement (fiction); Winner of the 2017 National Book Circle Critics Award in Fiction, and Winner of the 2018 PEN/Faulkner Award.  She is the author of six previous highly acclaimed books of fiction.

All readings start at 7:30 at the Meetinghouse, Canaan Street, Canaan, NH.

The Norwich Bookstore will sell current and past books by each author at the Meetinghouse. (Many of the books can be purchased at the bookstore in advance, and can be signed by the authors in July or August)

Rick Moody: Hotels of North America (fiction); author of seven novels, including the national bestseller, The Ice Storm; in 1999 New Yorker Magazine chose him as one of the “20 Writers for the 21st Century”.

July 13: James Wright: Enduring Vietnam: An American Generation and Its War; President of Dartmouth for 11 years, Wright has become a leading spokesman for veterans rights and benefits.

Megan Abbott: You Will Know Me (fiction); chosen as one of the best mystery books of 2016 by NPR, Washington Post, Publishers Weekly, Kirkus Reviews.

Victoria Redel: Before Everything (fiction); author of five novels and four books of poetry; winner of numerous literary awards.

All readings start at 7:30 pm at the Meetinghouse, Canaan Street, Canaan, NH.

The Norwich Bookstore will sell current and past books by each author at the Meetinghouse. (Many of the books can be purchased at the bookstore in advance, and can be signed by the authors in July).

July 14: Sy Montgomery:  Soul of an Octopus: a Surprising Exploration into the WOnder of Conciousness; 2015 National Book Awards finalist

July 28: Pagan Kennedy: Inventology: How We Dream Up Things that Change the World; former Who Made That? columnist for New York Times magazine; author of eleven books

Tommy O’Malley & Doug Purdy: We Were Kings: (The Boston Saga); sequel to acclaimed, Serpents in the Cold; O’Malley is author of New York Times Editor’s Choice, This Magnificent Desolation

All readings start at 7:30 at the Meetinghouse, Canaan Street, Canaan, NH.  Free Admission.  Please, no infants, toddlers, or squirmers.

The Norwich Bookstore will sell current and past books by each author at the Meetinghouse. (Many of the books can be purchased at the bookstore in advance, and can be signed by the authors in July) 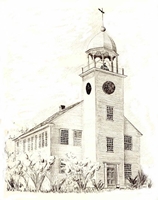 July 16:  Deirdre Heekin : An Unlikely Vineyard; Chosen as one of the best wine books of 2014 by the NYT

Ann Hood: The Italian Wife; Author of bestselling novels, The Red Thread and The Knitting Circle

Jeffrey Lent : A Slant of Light (fiction); Author of international bestseller, In the Fall

Megan Mayhew Bergman: Almost Famous Women: Stories;  Her previous book of stories,  Birds of a Lesser Paradise, was chosen as one of the best books of 2012

All readings start at 7:30 at the Meetinghouse, Canaan Street, Canaan, NH.  Free Admission.  Please, no infants, toddlers, or squirmers.

The Norwich Bookstore will sell current and past books by each author at the Meetinghouse. (Many of the books can be purchased at the bookstore in advance, and can be signed by the authors in July)

We are happy to announce that our 2014 schedule is ready and we hope you can join us!

July 10: Douglas Bauer  -What Happens Next: Matters of Life and Death (essays),
winner of  2014 NE/PEN award for non-fiction
Sue Miller        – The Arsonist (fiction); author of The Senator’s Wife,
While I Was Gone (Oprah Book Club)

July 17: Jeffrey Harrison  – Into Daylight , his sixth book of poems
Deb Harkness      – The Book of Life, the third novel in her international
best-selling trilogy

July 24:  Bernd Heinrich  – The Homing Instinct: Meaning and Mystery in Animal
Migration; author of Mind of the Raven and other
natural history books
Rachel Urquhart  – The Visionist, a first novel, set in a 19th century
Shaker community

All readings start at 7:30 at the Meetinghouse, Canaan Street, Canaan, NH.

The Norwich Bookstore will sell current and past books by each author at the Meetinghouse. (Many of the books can be purchased at the bookstore in advance, and will be signed by the authors in July)

The Canaan Meetinghouse Readings is proud to partner with the Norwich Bookstore for the upcoming summer events. They will be present at all of the events to offer listeners the opportunity to purchase books by the authors reading that day.
Free admission.
All readings begin at 7:30 pm.
In the Meetinghouse on Canaan St, 2.2 miles from Route 4
Please, no infants, toddlers or squirmers!

The Meetinghouse Readings will be back in 2013! 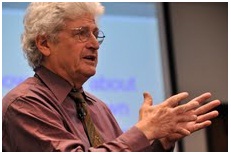 Phil Pochoda has graciously accepted the helm of the Meetinghouse Readings for 2013!

Phil is married to Mary Kelley who has been chair of the history departments at both Dartmouth and the University of Michigan.  Mary is an authority on women’s reading practices in the 18th and 19th centuries and herself has read at the Canaan Meetinghouse Readings.  Phil’s daughter and acclaimed novelist, Ivy Pochoda has also read as part of the Meetinghouse series.

Phil says he still doesn’t know what he wants to be when he grows up, but in the past he has been the Associate Director and Editorial Director of the University Press of New England; Vice President of Simon & Schuster; Publisher and Editor-in-Chief of Prentice Hall Press and Director of Anchor Books and Dial Press.

We look forward to seeing you all at the Meetinghouse.   Mark your calendars for July 11, 18, 25 and August 1.

Welcome to the Readings Phil!

Our site, meetinghouse.us, offers printable, refrigerator-ready schedules in your choice of formats!

Stay tuned to this site for more information, author links and Meetinghouse 2012 photos. 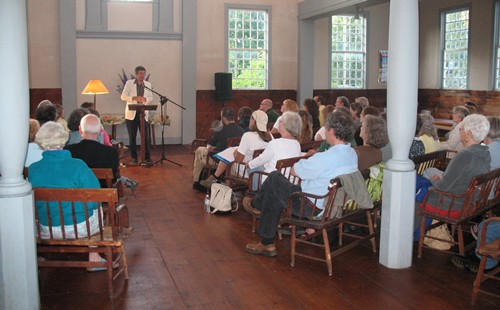